The pine-shaded cabins at Camp David have hosted secret peace summits between Middle Eastern leaders and high-stakes gatherings of major heads of state. For President Donald Trump, the mountainside retreat offered visions of another diplomatic coup: clandestine talks between US, Afghan and Taliban officials that could end America’s longest war. Even opposition from within his own national security team, including Vice President Mike Pence, could not deter Trump from pressing forward with his plan to host Taliban leaders at the rural presidential getaway.

Trump eventually scrapped the event after a Taliban car bomb killed a US soldier and 11 others last week. But that decision came after heated debate within the administration over the venue for the summit — an outgrowth of larger, more substantial disagreements over the wisdom of negotiating with the Taliban at all. The talks have pitted Trump’s hawkish national security adviser John Bolton against the nation’s chief diplomat, Secretary of State Mike Pompeo, whose agency has led negotiations with the Taliban over the past 10 months.
Coloring the debate is Trump’s long-stated desire to withdraw American troops from Afghanistan after almost two decades of war. The President has insisted he fulfill his promise to bring more US soldiers home, but like his predecessors is finding few easy solutions to ending the war.
Trump disputed reporting that he overruled Pence and “various advisers” on the Camp David meeting.
“I always think it is good to meet and talk, but in this case I decided not to,” the President tweeted Monday.” It was the Friday before Labor Day when Trump convened a meeting in the Situation Room with his closest national security advisers to discuss the status of peace talks with the Taliban. He was supposed to leave the next day for a trip to Poland, but had scrapped it the night before to stay back and monitor an approaching hurricane.

Republican reps cite 9/11 anniversary in criticizing Trump decision to invite Taliban to US for peace talks
Pence, who Trump was sending to Poland in his place, wasn’t physically present but had been in touch with the President on the subject. Bolton also wasn’t there — he had remained in Europe following a G7 summit in France and had teleconferenced in.
Bolton and his staff at the National Security Council have long been mistrustful of US Special Envoy for Afghanistan Zalmay Khalilzad, who they believe had too much authority in leading the negotiations and was giving the Taliban leaders too much leverage. The national security adviser, who 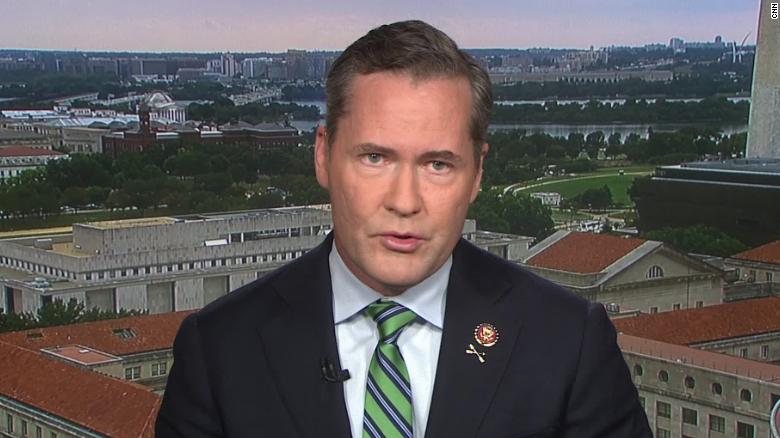 had been sidelined on the Afghanistan discussions, has voiced his criticism directly to the President.
Khalilzad was also seen by some members of Trump’s national security team as an extension of Secretary of State Mike Pompeo — and hostilities between Bolton and Pompeo have surfaced in recent weeks.
Even amid the skepticism, Pompeo and Khalilzad remained focused on securing a peace deal, which would reduce the number of US troops in Afghanistan from roughly 14,000 to 8,000, aligning with the President’s own stated goal of withdrawal. Trump was briefed on the emerging deal during a meeting with his national security team at his Bedminster, New Jersey, golf course last month.
Along with other advisers who were fiercely critical of the terms of the emerging deal with the Taliban, including Sen. Lindsey Graham, R-South Carolina, Bolton believed Trump remained amenable to changing his mind if additional information is presented in a certain way, a source familiar with the situation said.

Trump says he canceled secret Camp David meeting with Taliban leaders
The President, who’d grown irritated at the progress of peace talks, believed he was better positioned to strike a deal, according to a person familiar with his thinking. As he has in his diplomatic opening with North Korea, Trump preferred to do the face-to-face talks himself. The dramatic display of talks with sworn US enemies carried a similar made-for-television appeal. As Trump mulled over the talks, he came up with the idea of hosting the leaders at Camp David, which was seen by multiple advisers, including Pence and Bolton, as a bad idea. Those opposed to the Camp David talks raised concerns with holding the meeting on the week of the 18th anniversary of the 9/11 terror attacks, according to the officials.
They advised the President on such, but Trump had become personally attached to the outcome and the logistics of the talks after meeting with top advisers about the Afghan peace process in August. “The vice president reserves his counsel for the President, and anyone claiming to know his thoughts on the matter aside from the President is mistaken,” a spokesman for the vice president, Darin Miller, said. 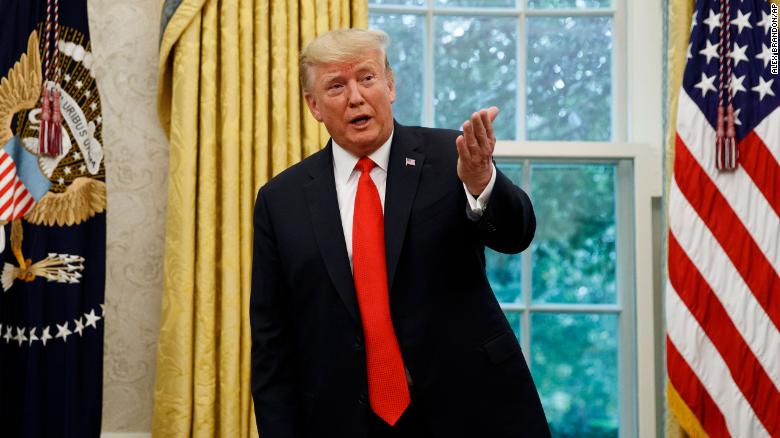 Trump was taken with the idea of sealing a landmark peace agreement in one of the most presidential settings, the people familiar with the talks said, who said there was little hope of changing his mind. Only a small group of advisers were included in the planning for Camp David — and after talks broke down and the historic meeting was scrapped, even fewer were told Trump was going to announce as much on Twitter. Trump himself decided to cancel the talks on Thursday after the Taliban car bomb, but the plan wasn’t revealed publicly until he announced it on Twitter. Some officials expressed confusion about why the plans needed to be revealed at all.